You are here: Home / About Us / Awards 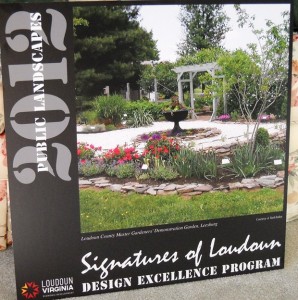 In 2012, the Demo Garden was recognized by the Loudoun County Design Cabinet for the “Signatures of Loudoun Design Excellence Award” as a winner in the Public Landscapes category.  This accolade bestows recognition of “design excellence demonstrated in the form of public greens, plazas and squares, which, by their organization and attributes , have created gathering places that are icons of our community”.  We take pride in this award  supported by the Loudoun Department of Economic Development.

The Demo Garden Leadership attended a ceremony headed by Board of Supervisors Chairman Scott York at Dulles Airport, where the winners of  the 2012 Excellence Awards proudly display their awards. 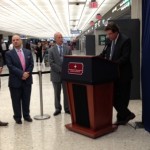 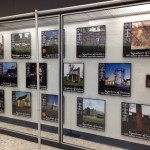 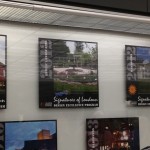 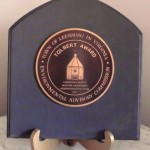 n 2007, the Garden was honored by the Town of Leesburg Environmental Advisory Commission with the “John W. Tolbert, Jr. Environmental Achievement Award”.  This annual award program recognizes efforts by citizens, students, community groups and businesses to improve the Town’s environment.  The Garden was awarded for work benefiting the Town’s environment through their example that a wholly organic garden is feasible and doable. 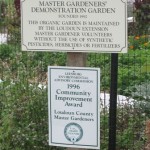 Each year, the Volunteer Loudoun Board of Directors accepts nominations of outstanding individuals and groups who selflessly give of their time and provide exceptional volunteer service. Those eligible for nomination include individuals, groups and organizations whose volunteer services have directly benefited the Loudoun County community. Honorees are selected based on their level of commitment and the impact made on those being served. An individual (or group) candidate is selected for each of the designated volunteer categories.

In 2010, the Loudoun Volunteer Recruitment and Recognition Committee selected the Loudoun Master Gardener’s Garden to Table Team with the “Outstanding Volunteer Project“ that year. 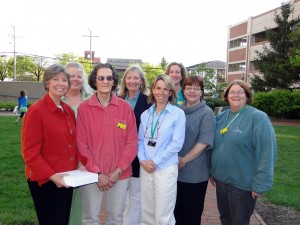 - Protect our NATURAL RESOURCES: WATER & SOIL! Find out how with the My Backyard Program.

Got a Question? Ask our Help Desk or visit a Garden Clinic! 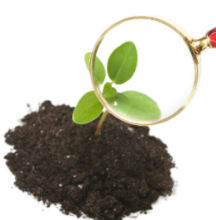 Get Our Quarterly Newsletter 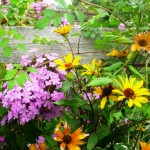 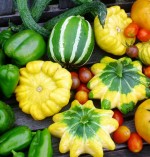